Pruning and felling of trees, pines and palms

Specialists in pruning and felling of height, Mallorca

Pruning and felling of trees, pines and palms, height pruning

We are very aware of the needs and demands of each tree variety.

Pruning on a yearly calendar and monotonous execution are not the most suitable or professional solution.

Verd Sóller knows the functions of each species and knows the most favorable times for each type of tree. If needed, sporadic branch cuttings are possible regardless of the reason, but never without further treatment.

Exemplary tree pruning is a job that requires a lot of experience.

Intervening in or pruning an exemplary tree is a very rewarding task within the complexity that each pruning entails.

It is important that for each tree the pruning is carried out in its corresponding season.

The removal of dry branches is a relatively simple pruning, as long as the occasion allows it, and can be done practically at any time of the year. Even so, pruning the greenest branches is especially delicate and the volume of the specimen, its root system and, above all, its structure and level of impact of pruning on such specimen must be taken into account. Another factor to take into account are the work tools and access to pruning areas.

Our demonstrable trajectory in the careful work of pruning exemplary trees has allowed us to train a specialized staff in the matter.

We not only stand out for our specialized staff and work, but also, Verd Sóller is associated with several companies in the maintenance sector, with whom we have constant contact and exchange of experiences and training. 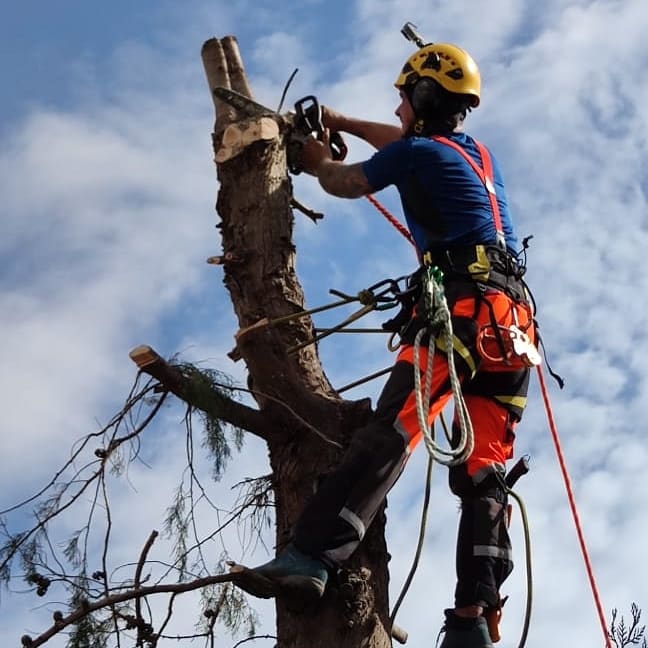 Pruning and felling at height

Our pruning staff is also in charge of pruning and felling at height. In most cases it is done by climbing trees, which with the help of specific ropes, workers can position themselves immediately.

Once they have been climbed, the position of each pruner and the sectional cuts of each log are secured, which will have previously been fastened with special ropes and secured with anti-fall brakes.

All this allows the pruner to carry out his work in complete safety. The cut logs, subsequently secured, are thrown vertically to be braked before hitting the ground thanks to the braking system that has been previously placed at the foot of each tree.

These jobs are common practices in the pruning of trees located on roofs and roofs, also in patios and small spaces that allow the free fall of the branches.

Pruning and cleaning of palm trees

The vast majority of the time palm tree pruning can be done at any time of the year.

The vast majority of the time palm tree pruning can be done at any time of the year. It is very important, however, to take into account the threats that Dactiliferous palms can suffer and, especially, Canariensis palms, which are required phytosanitary treatment after each pruning.

To make it profitable to prune the palm tree, we also recommend that the pruning be carried out when the palm tree begins to take its fruit, as this does not prevent the fruit from falling, or in the case of Washingtonias palms, the seeds. 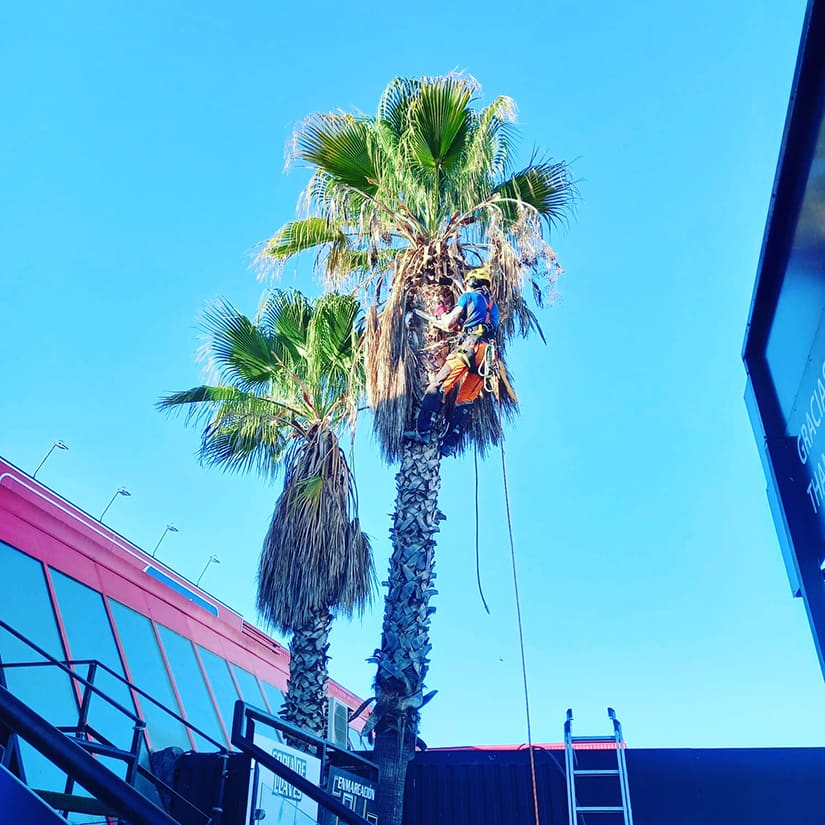 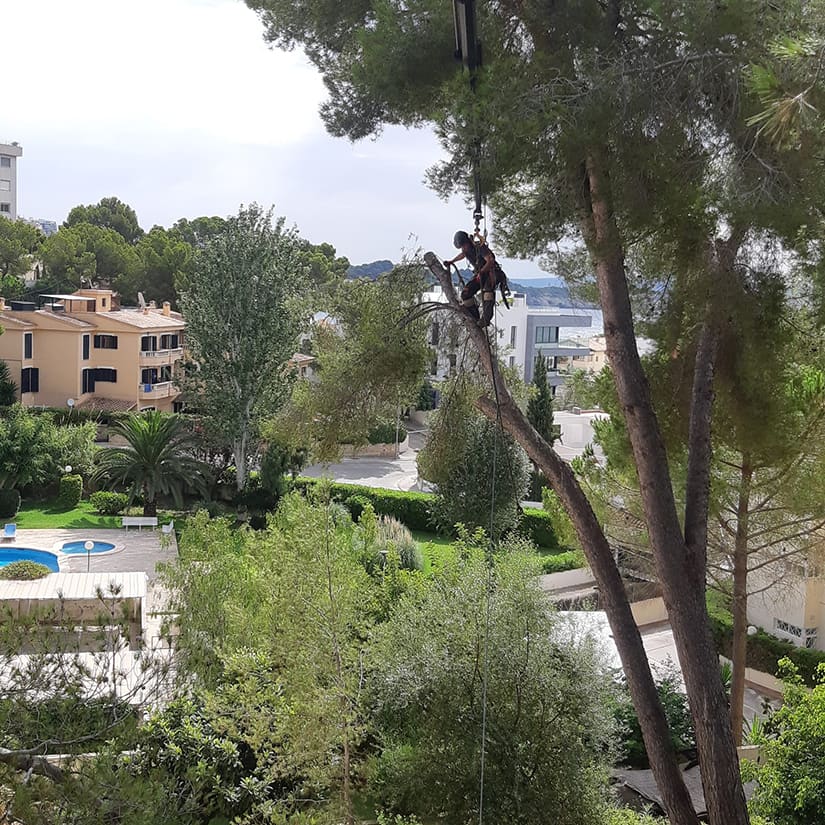 The healthy life of a tree depends fundamentally on its balance, before intervening a specimen we study its situation well and the possibilities of applying its intervention so that it continues to evolve by its own means, which are not few.

Therefore, we always try to intervene as little as possible with the specimen and correct what is allowed to help him continue his trajectory.

Pruning and felling of trees

In these cases, the first thing to do is take into account the pruning season and the movement of the tree sap.

There are varieties of pruning those for training such as rejuvenation and regeneration that are basic for cultivation but very specific in each variety.

It must be taken into account that the behaviour of fruit trees changes a lot in gardens or in the field.

A task in the maintenance of the garden is the pruning of shrubs, normally it is carried out annually for several functions such as controlling the size, the structure, encouraging flowering or regeneration.